Home Back Best time to visit the Serengeti

When to visit Serengeti National Park

We don't say this lightly: the Serengeti is always full of surprises, no matter the time of year.

Serengeti National Park offers extraordinary wildlife viewing opportunities throughout the year – you just need to know when to go where to admire one of nature’s last remaining true spectacles: the Great Migration. For example, winter is the best time to see the herd in Southern Serengeti, while the Western Corridor and Northern Serengeti are the best places to spend the summer and autumn months. It’s worth bearing in mind that - also in this part of the world - nature will be its unpredictable self. Hence, chance plays a big part in witnessing the iconic river crossing when two million animals cross a river with rapids jostling their bodies and crocs snapping at their hooves. That being said, when choosing the right part of the Serengeti in the right period, large herds are usually easily spotted and there is a fair chance of seeing a spectacular migrational movement. Read more about the Great Migration.

Beyond the great migration

Although most travellers can’t wait to catch a glimpse of the wildebeest’s spectacular trek, Serengeti National Park has much more to offer. Golden-maned lions sunbathing on a rock, an elusive leopard chilling out on a branch of an acacia tree and a cheetah chasing a gazelle at full speed on the never-ending sunburnt plains - to name just a few of the Serengeti’s magical beasts.

There are some powerful arguments in favour of avoiding the Great Migration. First, areas where the Great Migration can be seen, become busy with fellow travellers, something that can be bothersome in terms of your Serengeti safari experience. Second, most predatory species (but also most other wildlife species except zebra and wildebeest) are territorial and do not wander too far from their territories, so there is no need to follow the crowds. Moreover, most Serengeti safari camps and lodges offer substantially lower rates (often referred to as ‘green season’ rates) in April and May. Last, outside peak periods the Serengeti (but also the other national parks, including the Ngorongoro Crater Area) is far less crowded, whilst wildlife viewing options are still superb.

Unique spectacles such as the Great Trek can attract quite a lot of spectators, and you might experience the heart of the migration to be a bit crowded – with human species that is. Especially travellers that only visit the Seronera area may experience a Serengeti that feels crowded, sometimes too crowded for comfort. A wildlife sighting that involves a big cat, whether this a leopard, a cheetah or a lion pride, soon attracts many safari vehicles. Many visitors, and as a result their guides, are obsessed with big cats (and the Big Five): they feel that they would miss out when not joining a sighting. Within minutes of a big cat sighting being called on the radio, all vehicles will congregate on that one sighting. There is a good reason for this: Seronera is the location of many lodges and campsites and is the most accessible portion of Serengeti National Park. The result is that within a 10 kilometer radius from Seronera the road network is busy with safari vehicles indeed. Simply put, being in the wrong spot at the wrong time may lead to the misconception that the Serengeti is too crowded. It is not: one only needs to wander (or rather drive) further to avoid such sightings.

To avoid the crowds, or rather to experience Serengeti National Park as it should be experienced, we recommend splitting your safari itinerary in two: one portion of your trip in the heart of the migration action (and yes, you will experience heavier vehicle traffic), and the other portion in a remote, out-of-season, location. Options for the latter would be the Western Corridor between August and October, or the Mara Serengeti area between November and June. You will encounter far lower visitor numbers in these areas whereas the quality of wildlife viewing is almost, or just as good as in the Seronera area. It is not at all impossible spending time in the Serengeti (even during peak season) seeing no (or all right, barely) other visitors.

If you rather have the Serengeti to yourself, travelling in low season is your best option. Periods in which visitor numbers are low and camps rates are much lower include mid-March to mid-May (long rains), early November to mid-December (short rains) and the last two weeks in January.

Most travellers pick the dry season (which takes place from late June to October) for a safari in the Serengeti National Park. Animals gather around rivers and waterholes to quench their thirst. The Great Migration is at its absolute prime and your chances of witnessing an iconic river crossing are at their best. Most lodges will remain open during the more tranquil ‘wet season’ when the rains turn the dry landscape into a lush, green oasis and the birthing season begins. Read more about Serengeti weather & climate on this page. Here are some pros and cons for the wet and dry season.

November to May - wet season 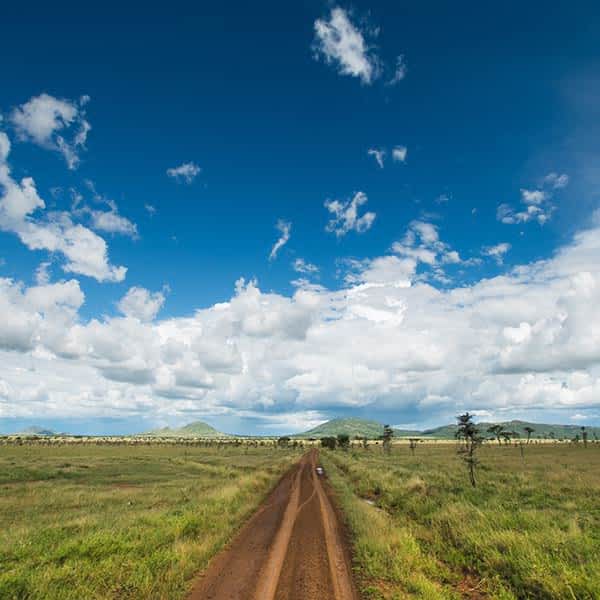 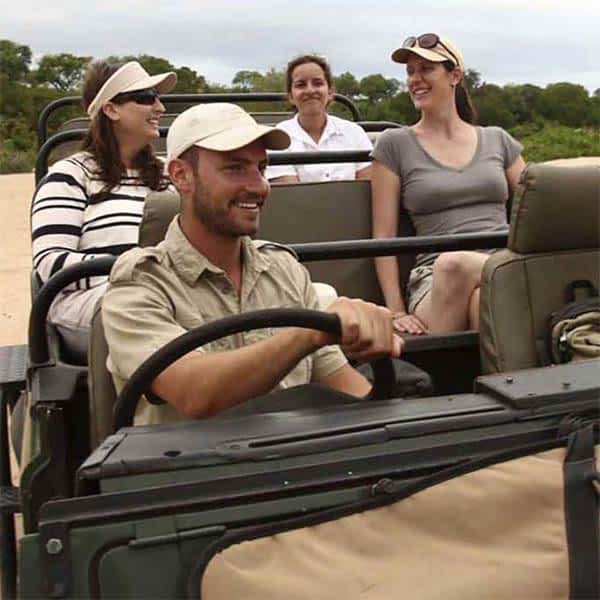 read about travelling to Serengeti